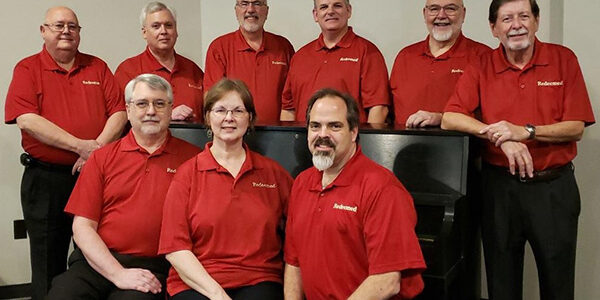 Redeemed In Concert May 15

The ensemble “Redeemed” will perform as a benefit to The Center, 128 N. Broadnax St., Dadeville AL on Sunday May 15. The red doors open at 2:30 for the Sunday 3:00 concert. Center members no charge, nonmembers suggested admission $5, children always free, and donations to Dadeville Performing Arts Center are encouraged.

Redeemed is made up of eight men who love to sing and deliver the message of Christ through music. The group is under the direction of Jerry Kendrick and accompanied by Carol Reed. Their sound is mostly Southern Gospel and is inspired by such longtime groups as The Statesmen, The Blackwood Brothers and others. The group entertains with tight harmonies and unique musical arrangements, most of which are arranged by Jerry Kendrick. The ensemble formed in 2000 and have been together 22 years.

Redeemed will have their CDs available for purchase at the performance